” We have teamed up with Twitch Film and the TIFF Bell Lightbox to create custom posters to promote series of film screenings here in Toronto. Programmed by Twitch Film’s Todd Brown, Back to the 80s screens milestones (if you were a kid in the 80s) such as Richard Donner’s 1985 action-adventure film The Goonies.” 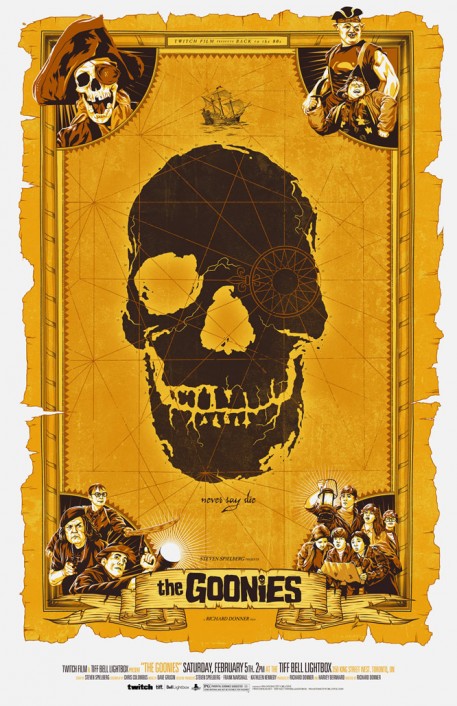