The first work of yours that we came across was The 21st Century Bunny series. We were fascinated by both its form and concept: little one-eyed bunnies with guns, trying to kill each other. You wrote on your website that the project is about “the pathological and cyclical nature of violent behaviour”. Can you explain us this idea? And why did you choose the bunny as a symbol?

“21st Century Bunny” seems to capture the paranoid spirit of our times. He is an archetype of fear. The extended ears and the peripheral vision of rabbits reflect a permanent state of alertness. “21c Bunny” is so terrified of being preyed upon that he has armed himself and turned himself into a predator. In this sense, his story is a perfect allegory for America, post-9/11. But it’s also, more broadly, a cautionary tale about the endlessly destructive cycle of violence. “Bunny” is born as a fluffy warm-blooded innocent that means no harm to anyone, it’s only the state of fear that causes his destructive behavior. The character’s aesthetic sensibilities are entirely influenced by vinyl toy collectibles, and I’ve intentionally imbued the narrative with the simplicity of a children’s fable. 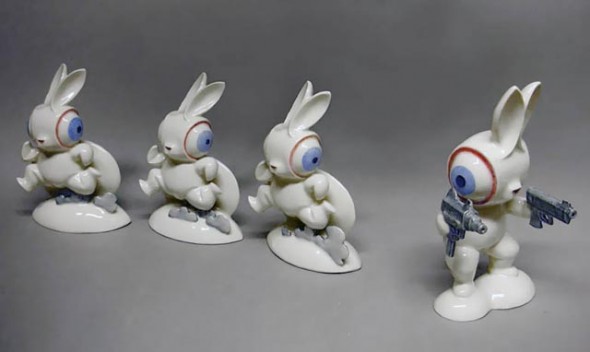 When did you start to work with ceramics? It’s not a very common material among contemporary artists… Some of your works seem to take place at the intersection between art and design. What do you think about the relationship between these two fields of creativity?

My first training was in Communications Design, at Pratt Institute in Brooklyn, and I’ve never lost my passion for exquisite design. I began sculpting in clay in the early 90s, after working for nearly ten years as a freelance illustrator in New York. The ceramic figurine seemed to be a natural medium for the transformation of my narrative drawings into three dimensions. Now I consciously strive for both the mass appeal of design practice and the poetic inquiry of contemporary art culture. My own methodology draws from equally from both disciplines, and most of the artist/designers that excite me seem to operate at that intersection. 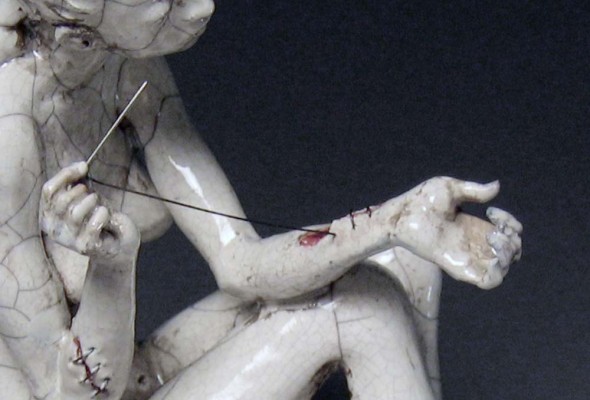 On Who Killed Bambi we showcase artists who deal with death and violence because we think that the way they depict such ethernal themes can tell us something about the time we live in. Do you agree? And what is, in your opinion, the most common approaches to these topics?

I do agree that narratives involving death and violence are particularly rich and powerful. These subjects are often treated so casually in contemporary storylines, that I am drawn to work that makes an effort to probe them in a more insightful manner.
My own artwork has always had a strong morbid streak. I spent my adolescent years growing up in Rome, and this was the singular most formative experience in my development as an artist. I was thoroughly mesmerized by the central Catholic narrative of martyrdom, and the way that the entire culture was founded upon the aestheticizing of death and disfigurement, and for many years everything that I did could be traced back to those transcendent figures. Though my latest work does not overtly reflect that tradition, the rhetorical and allegorical functions of those religious narratives are still evident. 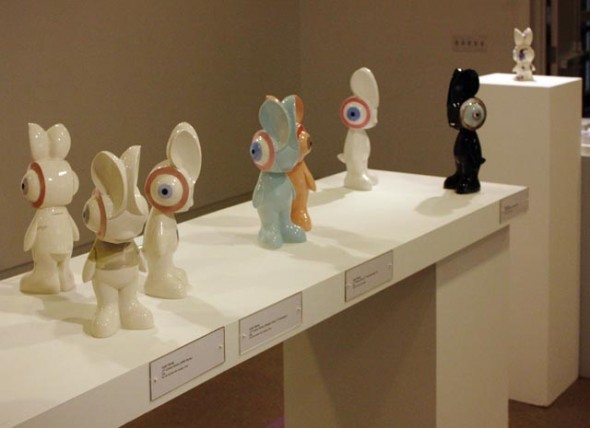 The final question is a beg for advices: leave our readers some thoughts about works of art that inspired you. As we say here at WKB, every weapon is allowed (art, music, cinema, literature etc…)

I’ve been particularly inspired by the work of Mark Ryden, Chris Ware, Yoshitomo Nara, and Marcel Dzama, and I think “Gloomy Bear,” by Chax, is a uniquely brilliant narrative. Most recently, I’ve been impressed with the Marvel Comics revival of the “Omega the Unknown,” a series of 10 issues written by Jonathan Lethem and illustrated by Farel Dalrymple. The musical act that inspires me the most right now is CocoRosie.

BIO: Raised in San Juan (Puerto Rico), Zagreb (Croatia), and Rome, Italy, Justin Novak subsequently pursued a twelve-year career as a freelance illustrator and graphic designer in New York City. A second career as a ceramics artist and educator followed. His work has been exhibited widely, and he has lectured at universities across North America, at the Kunstindustrimuseet (Museum of Decorative Arts and Design) and the Royal Academy of Art in Copenhagen, at the Helsinki University of Art and Design in Finland, and at Brighton University in the UK. In recent years Novak has been awarded invitations to develop work as a resident artist, including the Kohler Factory in Wisconsin, the Wa?bryzch Factory in Wa?bryzch, Poland, and the Arabia Factory in Helsinki. In the Fall of 2007 he joined the faculty of the Emily Carr University of Art & Design as an Associate Professor of Visual Arts, teaching in the areas of Ceramics and Illustration. He is represented by the Nancy Margolis Gallery in New York.